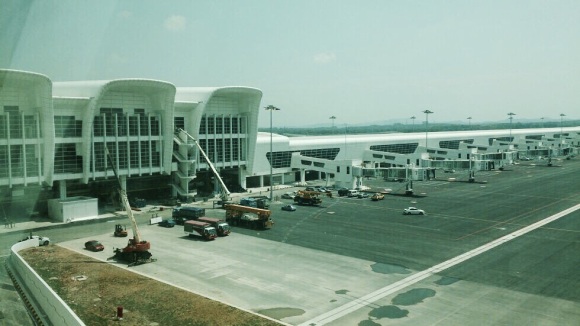 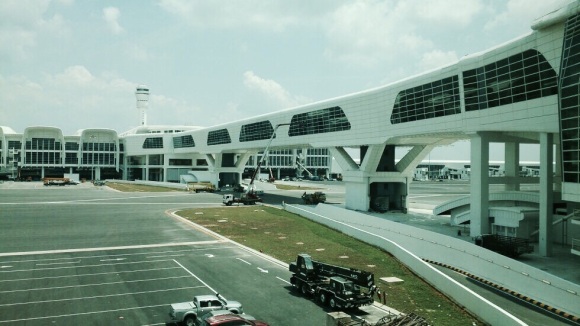 I would like to respond to some comments made by my beloved readers in regards to AirAsia and KLIA2.IN DEFENSE OF TONY FERNANDES AND AIRASIA1) There are some unwarranted comments made towards Tony. I find it disgusting. My criticism is based on KLIA2’s issues. Why should some people racialise it?2) There are many successful Indian businessman that deserve to be respected. Take for example Tan Sri Gnalingam (WestPort) and Tan Sri AK Nathan (Eversendal). They are our success story.3) I may have gone overboard by saying Tony needs Malaysia more than Malaysia needs him. Truth is, both need each other and won’t succeed without one another.4) We must remember that whatever bad things Tony did; his biggest contribution is creating jobs wherever AirAsia go – and of course in particular in Malaysia. To be fair to him, he has appointed two Malay CEOs Azran and Aireen for his companies; no other non-bumi companies would do so other than as puppet proxies.5) Yes, MAHB supported him. Yes, the government supported him. The government also supported so many other companies but how many has actually ‘paid back’ generally in the terms that AirAsia did i.e. creating full value chain of livelihood for cab/bus drivers, stall owners, hotel operators, travel agents, etc just by relying on AirAsia’s spill-over effects.6) For the pittance of rip-offs and subsidies that Tony and AirAsia ‘robbed’ from MAHB, government and Malaysians – perhaps a few hundred millions, would it be comparable to billions of tourist dollars and job-holding people circulating in our economy?7) Nevertheless, as far as KLIA2 is concerned, I stand for what I’ve wrote in my previous article. In fact there are some questions I would like to answer.
WHY NOT AIRASIA’s LCCT?8) A new LCC terminal can be constructed by Sime Darby. It also can be operated by AirAsia. But it is not suitable to build in Labu because of the possibility of crash.9) We can build a new basic and truly low cost terminal sits somewhere 30-40km radius from KLIA. But rather than to acquire a new land for the terminal, it would make more sense to utilise the land bank surrounding KLIA. After all, KLIA was designed to have 4 satellite terminals. Currently it has one. Therefore KLIA2’s purpose is not solely for AirAsia’s new home but to accommodate KLIA’s growth and vision.10) How does KLIA2 fit into KLIA’s vision? The terminal has an integrated international concourse that will enable seamless transfer to domestic flights and vice-versa. In other words, it will provide more traffic to KLIA.11) Not only that, due to limited runway capacity faced by Changi Airport, Soekarno Jakarta Airport and Bangkok Suvarnabhurmi Airport, ours KLIA is set to be a regional hub in Southeast Asia. The completion of KLIA2 will bring the airport’s total capacity to 85 million. But more importantly, the additional runway from KLIA2 will reduce congestion.WHY DON’T WE UTILISE KLIA?12) Many people complained that KLIA is so quiet. They assumed it is underutilised. Actually it is not. In fact it needs another terminal soon to support its growth. The present terminal handled 47m passengers last year- 7m more than its capacity. This has caused flight delays to spike; on average, 19% flights were delayed with an average delay time of 32 minutes in 2013. Obviously we can’t add 25 million passengers to already congested terminal.

13) The reason why it feels so quiet because KLIA’s simple design disperses human traffic efficiently between the Main Terminal Building and Satellite Terminal via an automated three-car Aerotrain. Remember, this is world’s second best airport.WHY DO WE NEED A BIGGER TERMINAL?14) The original cost of the ‘fancy’ KLIA2 was RM1.9billion- not much different from the ‘basic’ RM1.8 billion LCCT proposed by AirAsia/SimeDarby. Therefore the original price tag of the new LCCT wasn’t an issue. It has become an issue when the cost of KLIA2 has been doubled due to revision to increase 71% of its original capacity. Is RM3.9 billion justified?15) Admittedly RM3.9 billion is a lot of money. But if we proceed with the original size of KLIA2, we might have to build another LCC airport in the next 10-15 years. To build such airport at that time will cost us double or triple. Just look at the Electrified Double-Track Project. The original railway project from Johor Baru to Padang Besar was going to cost RM14bil. It was canceled because the Government want to save money. Later, it was re-introduced at a cost of RM12 bil for very much shorter tracks. So much of cent wise, ringgit foolish.16) Do we want to repeat the same mistake again? Certainly not. Then it would be wise to build such infrastructure to meet the country’s needs for the next 50-100 years.

17) Another point is, KLIA2 is designed to be a retail airport. The large terminal is due to the large space for retail. Airport operator now realise that more revenue must come from this source. The reason is many middle income people from Southeast Asia choose to fly with Low Cost Carrier and they expect much more amenities once they land. When you consider there are 550 million people in ASEAN and only around 4% are currently flying, you can see the potential in retail. . WHY NOT A TRULY LOW COST TERMINAL?18) Why build a modern and fancy airport? Why not. If bus passengers can benefit from the state-of-the-art Terminal Bersepadu Selatanin BTS, why can’t low-cost air-travelers benefit from a full house level of convenience with aerobridges, walkalators, public transport hub with a direct train to Kuala Lumpur, an airside transit hotel and a public mall? In addition of that, airlines can reduce their operating cost from facilities such as self-check-in kiosk, self-check-in baggage, and dedicated aerobridge for aircraft boarding that will reduce headcount requirement without any sacrifice in overall level of service.19) Remember, Malaysians have higher expectation when it comes to public services regardless of the amount they pay. Bagi free pun bising, inikan pula low-cost.20) People are afraid the cost of travelling with LCC will be higher due to a lavish KLIA2. Eventually, airport charges will rise. MAHB is entitled to impose increase in three charges namely landing charge, aircraft parking charge and passenger services charge (PSC).21) It will be absurd to think that MAHB will increase PSC to the same level with KLIA’s rate. Even if they do, we are talking about extra RM32 and RM3. To illustrate further, a return promotional AirAsia’s fare from KL to Sydney is RM750. As an international traveller, you will now have to pay RM782. As for domestic route, A return fare for KL-Langkawi is RM32. Add extra RM3, the amount will be RM35. Is it too much to asked for? Remember, this is the extreme possible scenario. After all, our PSC’s rate is among the lowest in the region.22) How about landing and parking charge that will burden the airline? The increased rate will be offset by cost savings from the  efficiency gains, higher asset utilization and productivity gains from the sophisticated technologies. 23) Considering cost benefits analysis, a hybrid terminal like KLIA2 will bring more value rather than a low cost terminal.MatRodi 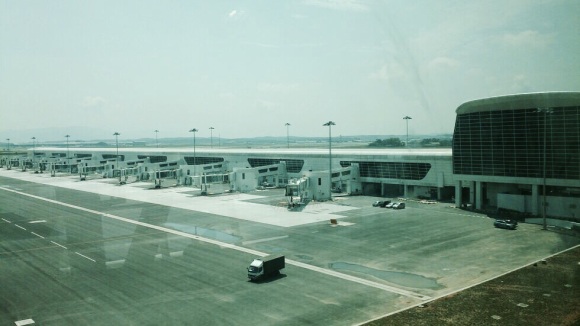 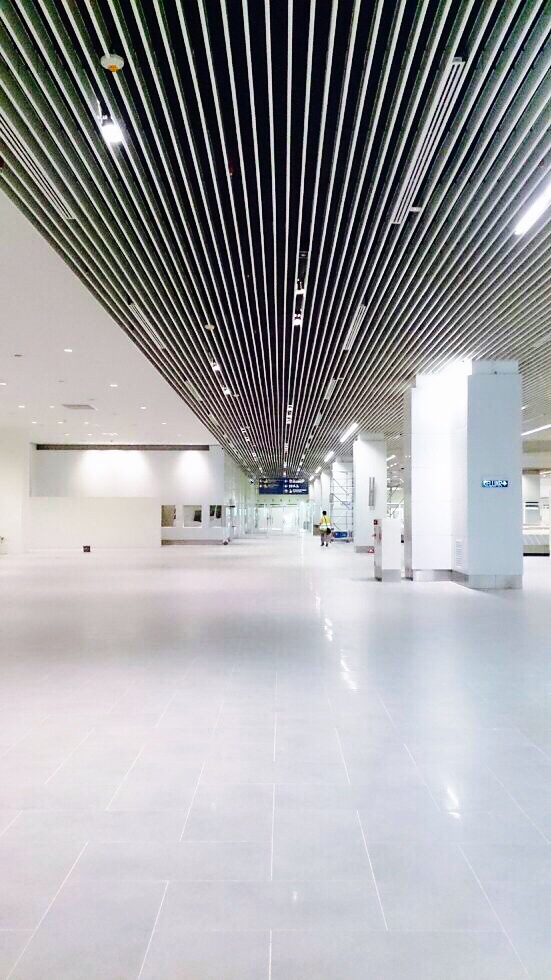 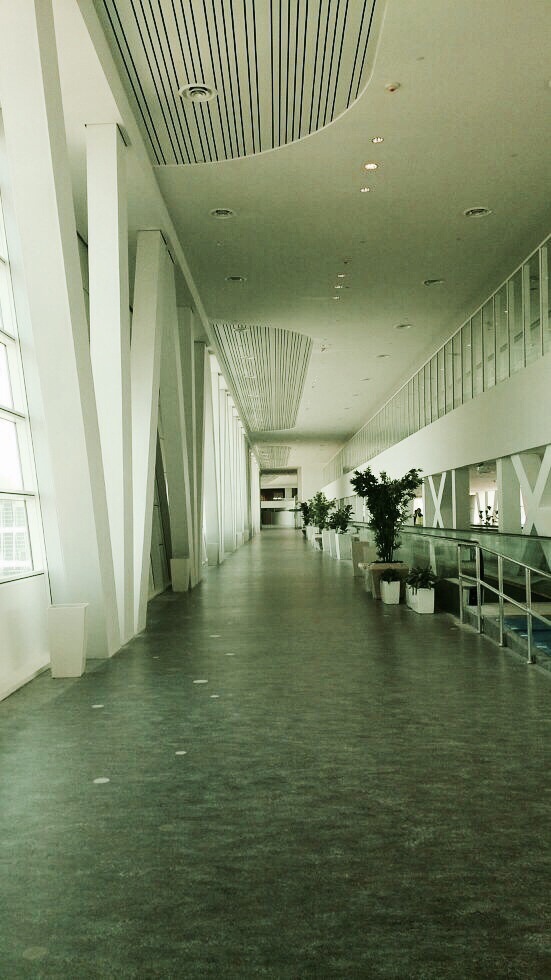